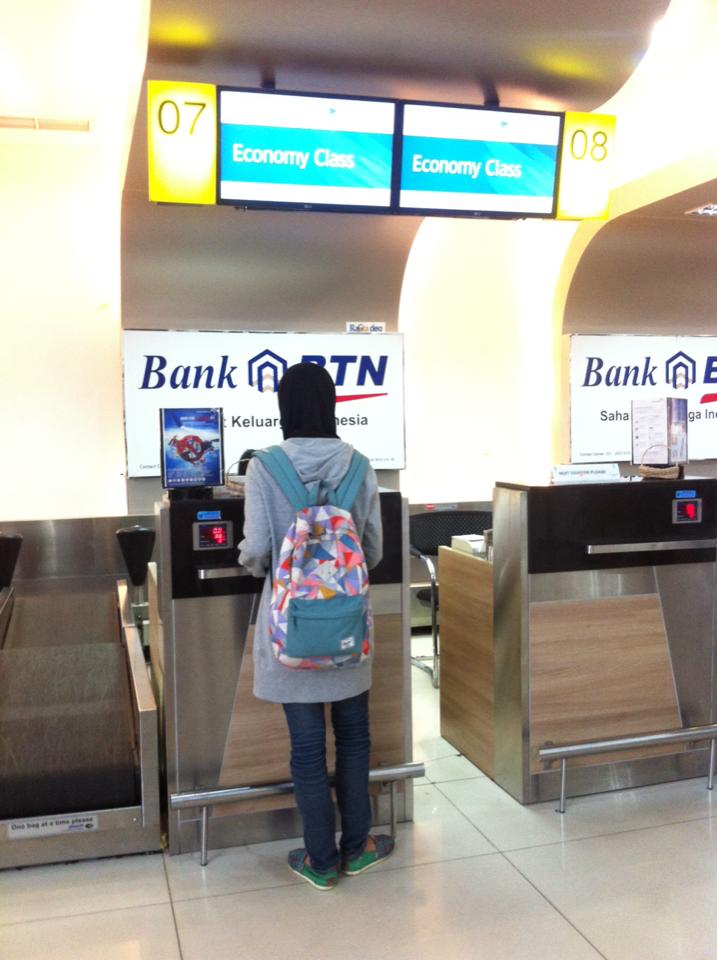 It finally came. The day I was waiting for. The day I rode Garuda again! I finally got to go on a plane after nearly 1 year. That has got to be an achievement. And for the first time, I got to ride it alone.

Your reactions might have been surprised. You might have thought I was going to another  country by myself without any parent supervision. Ha! I wished that’s what happened. Unfortunately that’s not what happened. I just went to Bali. And my parents went with me. Not on the same plane though. They went on Air Asia while I went on Garuda. It‘s a long story. But I just might tell you.

So it all started a long time ago (flashback). My mum booked us a flight to Bali. She booked 4 tickets for the 4 of us. My mum also booked us a villa there. I was excited because it’s been months since we went anywhere. Because I am a good student, I didn’t want to go on the weekdays. Skipping class would surely make me less smart, and I would have lots of homework. So mum bought tickets for Friday afternoon.

It turns out my school has an event that crashed with our plans. Because I’m a good student, I gave up my Garuda ticket. So the 3 of them left me. They went to Bali, while I was stuck with the other students. They did not stay 2 nights like they planed though. Oh well, good enough. That’s what I thought.

After months passed. It turns out my aunt was going to Bali for a few days. Since I still had a ticket, I decided to join them. I didn’t feel scared or anything. The one reason I wanted to go alone is because I could eat whatever I wanted. If I had any spare time before my aunt arrives I could eat a few snacks (If my parents gave me money). I’ve thought about going on a plane by myself before. My mum said I could accompany my dad to Singapore and go back by myself. My dad did not allow it. I have no idea why. It’s only an hour flight. I really wanted to eat all those snacks that mum usually won’t allow us to eat.

A few months before I went to Bali, mum gave me news. Whether it was good or bad you decide. She told me she was coming with me. After all the talk about me being by myself and me being brave she told me she was coming with me. Huh? After thinking it over, I thought it wasn’t so bad. She was going to the same airport and terminal. We also have the same boarding time. We also arrived at the same time. At least I have the 55 minutes of flying to myself.

The bad part is I can’t eat anything I want. That was the reason I wanted to be alone in the first place. Oh well. The only reason my mum and dad and sister is coming is because she won a quiz. She stayed in a 5 star hotel and of course I came along. I guess that’s the good part.

Shall I start my story? It hasn’t started yet, that was the introduction (so you have a clear picture).

The day I went to Bali.
I went inside the same car as my mum. My dad was driving. We were heading to Terminal 2 because even though it’s an international airport, if we’re going on Garuda we just have to be at Terminal 2. We went inside. This is the part that’s different. We need to show our tickets to the guard so they can let us in to the check in area. My mum showed her tickets to the guard. Then I showed my own tickets. It was so nerve-racking (rolls eyes). Usually mum shows the guard my ticket too, but since my ticket was different, she didn’t.

First obstacle clear. Now for the real challenge. Checking in. Unless there’s baggage, checking in is really not that hard. Mum said we could check in without saying anything. While I was waiting in line mum was behind me though. Thanks for the support (rolls eyes). The conversation with the person behind the counter was very important though. This is what he said.

I barely said 5 words. Still, if I didn’t answer correctly there would be big trouble. Just imagine if I said ‘NO’. I wouldn’t be able to check in. So you should prepare what you’re going to say, just in case the person asks you something.

After checking in we had to go through security check, the usual. Then we found somewhere to sit. We didn’t sit in front of the gate. We chose to sit at Starbucks, since Starbucks had sofas. Turns out mums plane was ready first. After a quick trip to the bathroom, my plane was also ready. then we went our separate ways. For the first time, I was alone. Without anyone I know (probably the other passengers I saw at ‘check in’.

It was so much fun! I didn’t sit next to anyone since I was in the seat near the window. The one sitting next to the seat next to me was some adult. I was lucky I already went to the bathroom. During my flight I was offered candy. I took one, just in case. We were also given snack boxes. I saved the cakes for my sister. Since the flight was only 55 minutes long we were soon landing. Just so you know, I really like following the rules. So when the seat belt sign is on, I don’t think you’ll see me without my seat belt. Especially when we’re already on the ground. When we arrived, the flight attendant told us to wait until the seat belt sign is off. Since I was near the window I could see the view. What view you say? The view of peoples’ bottom as they try to grab their baggage. The view of people waiting for the door to open, even though the seat belt sign is still on. When the people were waiting for the business class to get off, I went through the back. Since I was sitting at the back, I didn’t have to wait. I almost laughed at the peoples’ faces when they saw me going out the back. We didn’t go straight to the building, we had to go on a bus. That forced us to walk outside. While I was walking I tried to picture myself in a movie. It’s not everyday you can look cool. Imagine yourself walking with your bag alone, then there’s an areoplane wing above you and the wind is lowing in your hair. Someone might just notice. I felt like the twin in ‘Parent Trap’ when she went of the plane.

Even though I went out the back, I still went on the second bus. I was the first one on the second bus though, so I got a seat at the back. The people were so funny. Why didn’t anyone want to go to the back even though there was still lots of seats? Lots of people prefer standing in front of the door rather than sitting at the back. A minute later we were at our stop. Oh. It turns out the ride was a minute long. It doesn’t seem worth the seat, not when you could just get off. Of course I was the last to get off. I didn’t want to slow anybody down. When I got off I finally reunited with my family. Finally after 55 minutes of not seeing each other, we could finally talk to each other again. I went to the toilets after that. You know who I saw? The same passengers from my plane! They must have been bursting to go to the toilet if they were in such a hurry. Oh well. That’s just the people from my plane. It’s not like everyone does that (or do they?) 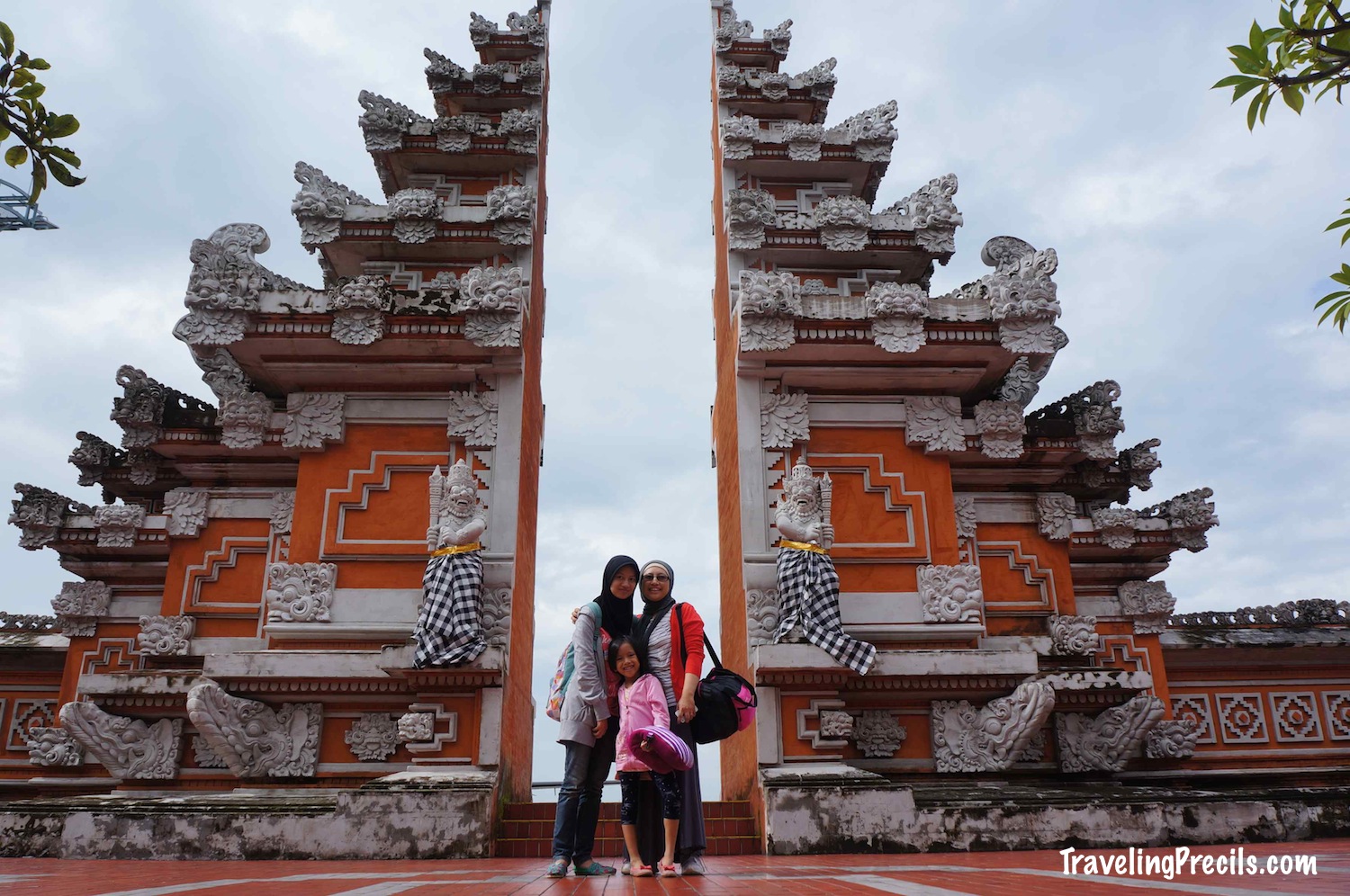 Until next time,
~ Big A